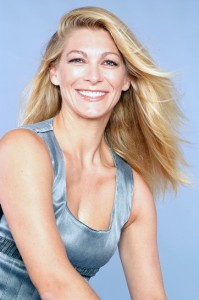 Delphine Pontvieux was born in Versailles, France, in 1972, and grew up in Beaune, capital of the famed Burgundy wines. As a kid and teenager, she enjoyed practicing many sports: competitive swimming, gymnastics, circus school and rock climbing. Her other passions included drawing, writing, hanging out with friends at rock concerts and traveling.

She graduated from the University of Burgundy in Dijon with a master’s degree in foreign languages (English and Spanish) and international trade (LEA), after spending a year in DeLand, Florida, at Stetson university, where she was granted a full scholarship. While in the USA, she took full advantage of school breaks to go on unforgettable road trips across the USA aboard her 1979 Volkswagen camper.

She also lived, studied and worked in Australia and Spain, until she moved to the Netherlands in 1995. There, she was offered her first dream job as marketing manager for Europe for a large independent American record label. In 1998, love lured Delphine back across the pond. She moved to Chicago, Illinois, where she continued to work in the music business for several more years. She still lives there today with her husband, two hilarious cats and a tankful of tropical fishes.

Delphine Pontvieux became a scuba diving instructor in 2004, then started writing, in the beginning of 2007, what was to become her first novel, a thriller titled “ETA-Estimated Time of Arrest.”

She founded Miss Nyet publishing in the summer of 2009, and released her novel in December of the same year, which won two awards in 2010 and 2011.

In 2012, while working on the much-awaited sequel to her novel ETA (which she is hoping to complete by the second half of 2014) and a couple acting gigs, she designed her first jewelry line. Now she has launched four collections, called “ANCHOR SHACKLE”, “NON ET NON-THE AFFIRMATIVE COLLECTION,” “THE EQUESTRIAN COLLECTION” and “CHIC PLANET.”

HOW DID DELPHINE BECOME …

…A PUBLISHED AUTHOR AND FREELANCE JOURNALIST

In 2007, Delphine Pontvieux got the idea to write a novel about the Basque country. The culture and recent history of the Basque people captured her attention, yet she quickly realized she knew very little about it, so she started reading books on the subject, ancient Basque history, the oppression of the Basques during the Franco era, and the creation and development of the separatist group ETA over their 50 years of existence. These books helped her to understand the circumstances that led to the socio-political struggle in the Basque country, but she was missing the human connection to get a better understanding of the situation. That was when she got in touch with Fermin Muguruza (critically acclaimed Basque radical musician, singer, songwriter and award-winning film director whose artistic career spans well over two decades), who went above and beyond to reply to a million questions with patience and good humor. Delphine also traveled to the Basque country to get an intimate feel for the places she describes in her book. The result was “ETA-Estimated Time of Arrest,” which won the “2010 French in Chicago Community Award” Oscar in the category “Arts and Culture” and the “2011 Indie Excellence Book Awards” in the ‘Thriller’ category. She is currently working on the sequel of the novel, tentatively titled “MIA: Missing In Actun,” which picks up some of the characters and their stories seventeen years later, in Turkey and Mexico.

She has also contributed short stories for published anthologies, as well as a number of magazine articles for various international magazines.

Jewelry-making is Delphine Pontvieux’s newfound passion. After realizing she missed working with her hands (other than using them to type on a keyboard), she started making bracelets as a hobby. Made of parachute cord and using an anchor shackle as a closure, they were an instant hit with her friends. Before long, she started selling them, mostly by way of word of mouth.

She then experienced with leather, metal and suede, and let her imagination run wild. Before long, she created her first full collection, called NON ET NON – THE AFFIRMATIVE COLLECTION, which launched in September of 2012. Another collection followed in the spring of 2013, called THE EQUESTRIAN COLLECTION. Her signature choker was commissioned by the organizers of the Beach Polo World Cup 2013 to be given as a trophy ceremony gift to all the female pro players who participated in the tournament.

She launched her third collection, called WOAH, FRENCHY, in the fall of 2013. This collection differs from the others in the sense it incorporates a lot more metal work, such as chainmaille, and also features an original custom made leather belt collection.

Her fourth and new spring/summer collection, CHIC PLANET, launched at the end of March 2014. More than a complete departure from what Pontvieux has done in the past, this new collection is, rather, a continuation, and enrichment of her previous work, with new additions to her Equestrian, Nautical and Chainmaille lines, featuring brightly-hued leather, suede and chain multi-strand cuffs, as well as many feel-good, easy-to-care-for pieces that will get you noticed.

As with all things Miss Nyet, Pontvieux’s jewelry is made of leather and metals, and many of her bracelets and cuffs are unisex.

As a kid, Delphine Pontvieux’s dad brought her along diving and snorkeling in the Channel in Brittany (France) and the Mediterranean. Fast forward a few years, and she is a master scuba diving Instructor (PADI MSDT), trained to teach specialties such as wreck, nitrox, UW navigation and Search and recovery, to name a few, with over 1000 hours of diving experience, both in cold and warms waters (1400+ dives). Delphine teaches scuba diving at underwater safaris in Chicago. http://uwsafaris.com/about_bios.php.

She has also taken interest in technical and deep diving (IANTD technical diver and TDI normoxic trimix diver), as well as cave diving (IANTD cave diver), especially in the beautiful caves systems of the Yucatan peninsula in Mexico, and the blue holes of the Bahamas. She is told the future of diving lies in rebreather diving… Time will tell whether it catches up with her!

Delphine started volunteering at Shedd Aquarium in 2001, first in the interpretation department and special events, then as a scuba diver: she is amongst the lucky few who get to dive weekly in the oceanarium alongside pacific white-sided dolphins, belugas whales, and penguins! She also dives and feeds the fish in the wild reef exhibit, which features tropical fish species, and was offered the chance to take part in two fish-collecting expeditions aboard the R/V Coral Reef in the Bahamas in 2005 and 2006.

Now, this was a pure stroke of luck: Delphine Pontvieux was accepting an award for her novel ETA-Estimated time of Arrest at Soldiers field stadium in July of 2010, when she was approached by a talent agent who asked her out of the blue whether she would audition for a role in an upcoming motion picture. Long story short, Delphine ended up auditioning twice and landed the role of Joan of Arc’s mother in LOL, directed by Liza Azuelos, and featuring Miley Cyrus, Demi Moore, Ashley Greene, Douglas Booth and Nora Dunn, amongst many other talented actors.

‘LOL’ the movie is now available on DVD worldwide.

You can follow Delphine’s (budding) acting career on IMDB. 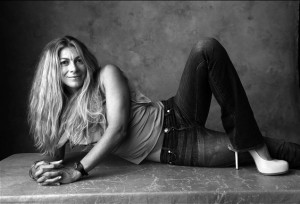 The photos on this page are available to download for public use and may be used freely by media entities, journalists, reviewers, etc. Please include proper photo credits and advise us of publication/use via email to missnyetATmissnyetDOTcom 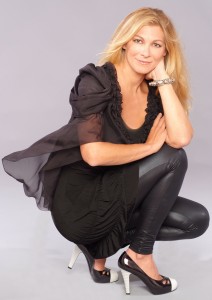 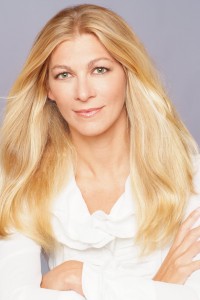 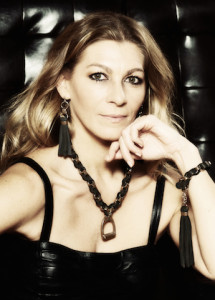