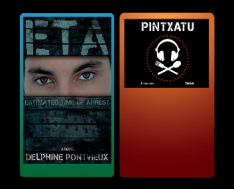 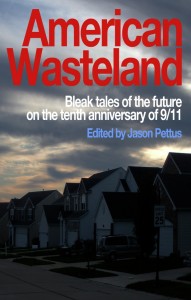 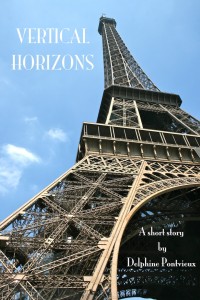 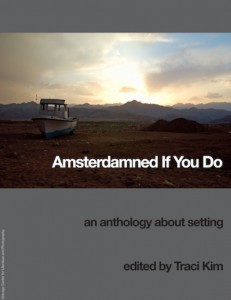 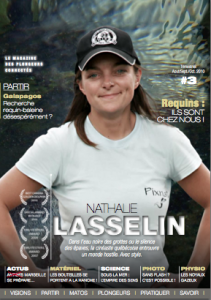 A novel by Delphine Pontvieux

“A sharp, fast-moving, intelligent novel that is equal parts thriller and romance… It is that rare gem of a suspense novel that serves not only as a page-turner, but also as a hopeful reminder that for all of our flaws and crimes, we are all viable candidates for redemption… explosive adventure that signals the debut of an impressive new talent in Pontvieux. ” 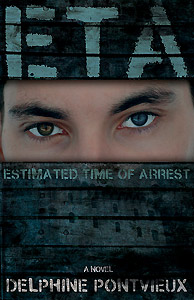 After participating in a pro-separatist march that turned violent in January of 1992, 21-year-old Lorenzo Lartaun Izcoa is wrongly charged with the fatal bombing of a police station in his home town. Irun is a small city located in the heart of the Basque country, trapped between France and Spain, and struggling for independence. Lartaun finds himself on the Spanish Secret Service’s “most wanted” list, branded an active member of the Basque terrorist group ETA. He has no choice but to flee his country.

Two years later, Lartaun’s childhood friend bursts back into his life. In exchange for a “small favor,” he offers him a passport and the chance to return to Europe under a new identity. Lartaun seizes the opportunity.

Back in Europe, hiding away in a commune in the French Pyrenees Mountains, Lartaun meets Faustine, a young French environmentalist. As their relationship renews his belief in a future worth fighting for, Lartaun realizes, albeit too late, that the favor he owes his friend is not so “small” after all.

FREEDOM COMES AT A STEEP PRICE. HOW FAR WOULD YOU GO TO PROTECT YOURS?

BUY THE COMBO PACK AND SAVE!

Also available as an eBook:

• Read an excerpt of the book (PDF)

Praise for the book

“Estimated Time of Arrest is a fast-paced action thriller, combining politics, romance, and the best of police dramas into one superb tale.”
—Buber magazine

“We should all read more fiction, especially stories told as well as this one. Author Delphine Pontieux has written good fiction in this novel. Her story about Lartaun Izcoa is a window into the world of the E.T.A. Basque militants. It’s a real page-turner. ”
—Astero magazine

“”This isn’t just a tale of political terrorists, it is an absorbing thriller showing different sides of people’s characters and of how they come to terms with the consequences of their actions, of romance, all the while with a backdrop of the beautiful mountainous scenery which is wonderfully described throughout. 8.5/10”
—Carol’s book corner

“ETA is not just another shoot’em up story line. (..) It keeps you captivated till the very end. Brilliant book!”
—IJUSTFINISHED.COM

“A beloved homeland, mountainous landscapes, devotion, action, love, celebration, friendship, music, commitment, vengeance, dignity, and desire for freedom and independence all turn out to be explosive ingredients when mixed together and left to simmer in the pressure cooker known as the Basque Country. Also called Euskal Herria, it is a place that spans the south of France and the north of Spain. It is the country of the Basque people, those who speak Euskara, the Basque language.

Delphine Pontvieux is a connoisseur of the essential ingredients that comprised the Basque Country in the ‘80s and ‘90s. If we add her to the mix as “etxekoandre,” or Executive Chef, the recipe becomes perfect, stewing over her creative flame. She brings Estimated Time of Arrest to a mouthwatering emotional flavor, serving a complex dish of literary mastery.”
—Fermin Muguruza ( Critically acclaimed Basque radical musician, singer, songwriter and award-winning film director whose artistic career spans well over two decades.)